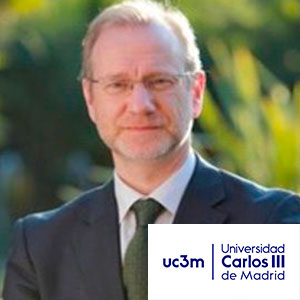 Carlos Blanco is a results-focused executive with extensive experience who has led multidisciplinary teams in international corporations and also in start-ups, covering Telecom, Satellite, TV, Internet and eHealth sectors.

He joined Telefónica R&D in 1991 and from 1999 he has held different executive and managing positions in companies such as BBVA, Hispasat or STM Group. In June 2008, he joined Madrid Network as Director of Innovation deploying strategic and international projects involving industry, regional governments and the scientific community.

From 2013 he has held different and simultaneous executive positions in companies such as 4i, Global Network and Lug Healthcare Technology.

Since 2014, he is also EU expert for Horizon 2020 program at European Commission and collaborates with several venture capital firms as scouter of disruptive technology startups.

Carlos Blanco
We use cookies to ensure that we give you the best experience on our website. If you continue to use this site we will assume that you are happy with it :)OKRead More