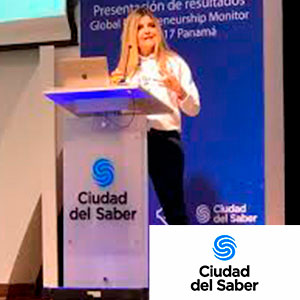 Psychologist at the University of Santa María la Antigua (Panama). He obtained his MA in Peace Studies and Government from the University of Notre Dame du Lac (United States), and was a Fulbright Scholar of USAID. Executive Director of the Justice and Peace Commission of the Panamanian Episcopal Conference (1990 – 1994) and Advisor to the Presidency of the Republic (1994 – 1999), from work in the promotion of Human Rights, as well as transparency in the Public Management. and citizen participation. It was decorated in 1994 with the Manuel Amador Guerrero Order in the Commander’s Degree. He has extensive experience in international cooperation. In 2015, he was appointed ad honorem by the Presidency of the Republic as a member of the National Council of Foreign Affairs. She is a member of the Panamanian Association of Business Executives (APEDE), associate of the Women Corporate Directors (WCD), member of the first women’s group of the Executive Forum – Panama Chapter and Mentor of the Entrepreneurship Channel Project of The Innovation Center CDS. She is a volunteer of the Panamanian Red Cross and member of the Central Committee. Since 2000 he is part of the executive team of the City of Knowledge Foundation.

Irene Perurena
We use cookies to ensure that we give you the best experience on our website. If you continue to use this site we will assume that you are happy with it :)OKRead More