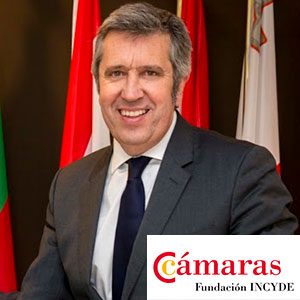 Javier Collado has been the General Director of the INCYDE Foundation since January 2013 and previously held the general sub-direction of the entity between 1999 and 2008. He has a degree in Economics and Business Administration, and a Master in Business Administration and Management (ICADE). extensive experience in management positions in companies and institutions, as well as in the search, negotiation, reception and execution of financing for new projects in national and international environments. He has held, among others, the presidency of the Crea Empresa Foundation, the general deputy director of the School of Industrial Organization (EOI) and the financial management of the Cointra Group.

Javier Collado
We use cookies to ensure that we give you the best experience on our website. If you continue to use this site we will assume that you are happy with it :)OKRead More