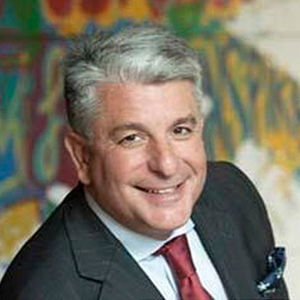 Juan Pedro Moreno has more than 30 years of experience in the Consulting sector where he has held from 2015 to last April 2020 the position of President of Accenture in Spain, Portugal and Israel where more than 15,000 professionals work under the mission of improve every day the way the world lives and works. During his presidency, Accenture in Spain has increased its turnover by 60% with a business model based on innovation and on the commitment to lead the digital transformation of large companies and public administrations in the country and that already represents more than 64% of the company’s billing.

Previously and always within Accenture, he has held various positions of relevance in the global organization of Accenture in the areas of Banking and Capital Markets, among which stands out having been global head of the Banking industry for five years. In his different responsibilities he has enjoyed extensive international experience. Good connoisseur of the North American or Asian market where he has enjoyed numerous professional experiences, he has also led projects and has been responsible for other geographical areas in Accenture in the Financial Services environment such as Africa, Australia or Latin America.

A great enthusiast in his work, he is a recognized professional in the international market and within Accenture itself. He is co-author of the book “A New Era in Banking” and frequently publishes articles and opinion columns on topics such as innovation and talent. He has been distinguished with the prestigious international recognition Eisenhower 2013, by being selected as an emerging leader in Spain and with the 2018 Leader of the Year Award given by the magazine with that name. He is currently Vice President of the Social Council of the Rey Juan Carlos University of Madrid. He is also the founder and member of the investment committee of the Sevenzonic Fund specialized in supporting technology-based startups.

He has a degree from the Autonomous University of Madrid in Economics and Business Administration and received the Extraordinary Degree Award in 1988. In addition, he has a PDD from IESE and different specialization courses at Insead, IMD and Wharton.

All Sessions by Juan Pedro Moreno

Juan Pedro Moreno
We use cookies to ensure that we give you the best experience on our website. If you continue to use this site we will assume that you are happy with it :)OKRead More