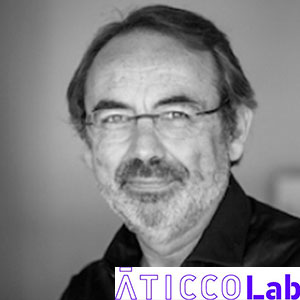 Quino Fernández is Director of AticcoLab. Previously he was a mentor and director for 3 years of Conector Startup Accelerator. He was Head of Technology at Apple Spain. In the mid-1990s, he founded Briefing, the first Spanish interactive agency, acquired by a multinational. Previously, he worked as Director of IT Projects in the financial world. Since then he has participated in a multitude of digital communication projects from Quin Team, an advertising agency that he co-founded and led for several years. He has taught Digital Marketing and New Media at various faculties and is a partner or advisor to several startups.

Quino Fernández
We use cookies to ensure that we give you the best experience on our website. If you continue to use this site we will assume that you are happy with it :)OKRead More